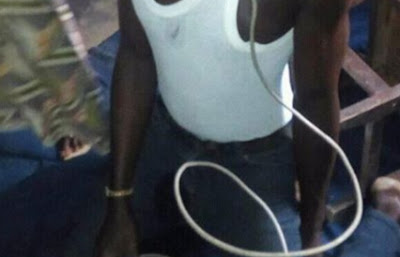 Stupidity as a middle aged man commits suicide after his girlfriend called off their relationship. This man was identified as Efe Seki living in Delta State, area of Uruete Quaters in Otor Iyede. According to a Facebook user Fejiro Soweto who share the sad news captioned with;

“Could this be love…..? He committed suicide becuss his girl friend said, I dnt wnt again……… this is a reality. Happened in my country home. Guide your though n decision.” 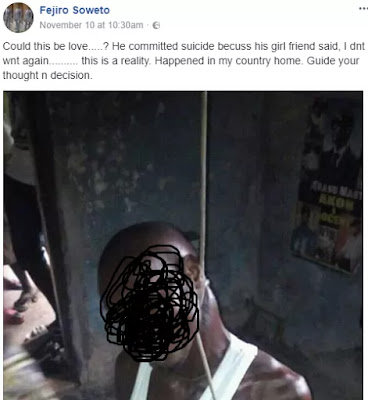